Why do so many women see themselves as “lucky he picked me” rather than thinking, “Which one will I pick?”

How would you feel if you went to the produce market for an apple? You ask the grocer for an apple and he reaches in a pile and hands you one. Would you give any thought to whether or not this apple was sweet or bruised or maybe had a worm in it? Would you feel “grateful” for just having an apple? Wouldn’t you want to pick your apple yourself from the pile of available apples? It seems rather silly when you imagine yourself in a state of blushing thankfulness just to have a random, possibly not very good apple.

If you demanded to pick your own produce, you know that you’d be pretty selective. You probably already have in mind a loose set of criteria that you wanted. And then you’d probably turn over a few apples that you decided to pass on before selecting one.

Now, if you’d give this much attention to the selection of an apple, why wouldn’t you give much more thought to your selection of a man. It really is this simple, ladies. And when you are truly in command of the feeling that you are doing the choosing, you’re not likely to pick the one that’s rotten inside.

But you must own your choosing, see it, and exercise it. This will also force you to take a long look at what you really want in a man, rather than just making do with what strolls by. If you accept that you get to pick your own man, then you know you are one hundred percent responsible for your choice too. You won’t be so likely to pretend you don’t see those “little” flaws or so quick to minimize what should be a giant warning flag. 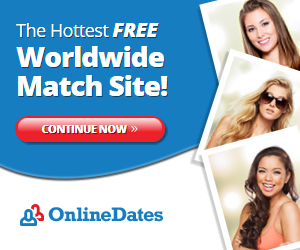